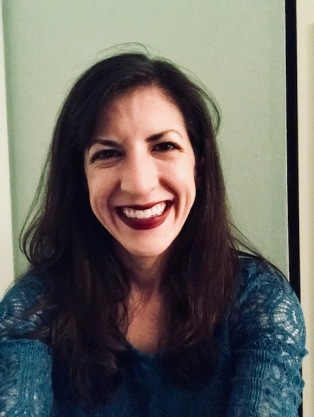 What inspired your piece?
I was trying to write a piece that evoked the feeling of being at a live show — but it turned on me. It’s appropriate, though, because I always, at any given time, have a song stuck in my head.

Do you have a favorite line or lines from your piece?
“It played when she laid in bed at night and when she opened her eyes in the morning and she suspected it played while she slept.”

What do you want readers to take away from your piece?
Whatever they so choose. I’m just thrilled people are reading it.

Who is your most influential writer? Who do you always go back to for inspiration?
Stephen King, for sure. Probably in ways I don’t even realize. He’s been my favorite author ever since my dad handed me “‘Salem’s Lot” 20 or so years ago. Lauren Beukes is the last author who lit my brain on fire in the best way possible. They both weave magic and supernatural elements into their worlds so seamlessly, and create characters for those worlds that you actually care about. That’s the kind of fiction I want to write.

What season do you find you write the most in?
Summer is definitely my favorite season, but I write pretty consistently through all of them.

Do you keep any snacks around while you write? If so, what’s your favorite?
Coffee!

Do you ever create soundtracks for the piece you’re writing?
What an appropriate question for this story! I love it. If you mean a soundtrack to write a story to, I never have. I love music and get too distracted by it to listen to anything while I’m writing. If you mean a soundtrack inspired by a story, the answer’s still no, but it’s such a great idea and I need to do it. The soundtrack to this story would probably be filled with pop punk and ska, since that’s what I listened to a ton of in high school. And that’s where my brain was at when I wrote this. (Though I don’t think those would be Miranda’s genre of choice. She seems like more of an actual punk girl to me.)

What is your ideal writing environment?
I can write pretty much anywhere, which is why I always have a notebook nearby.

Do you find writing invigorating or exhausting?
I’m a reporter in my regular life, and that kind of writing can be draining for me because there’s so much responsibility attached to it — responsibility to my publication, my sources, my readers. But fiction is what I write for fun, and invigorating really is the best way to describe it.

Do you have any future writing plans?
Yes! Writing has been a constant in my life, and I don’t expect that to change.

You can read Rachel Abbey McCafferty’s piece “The second guitar comes in on the downbeat” in Issue Five of The Ginger Collect.