Posted on January 28, 2019 by thegingercollect 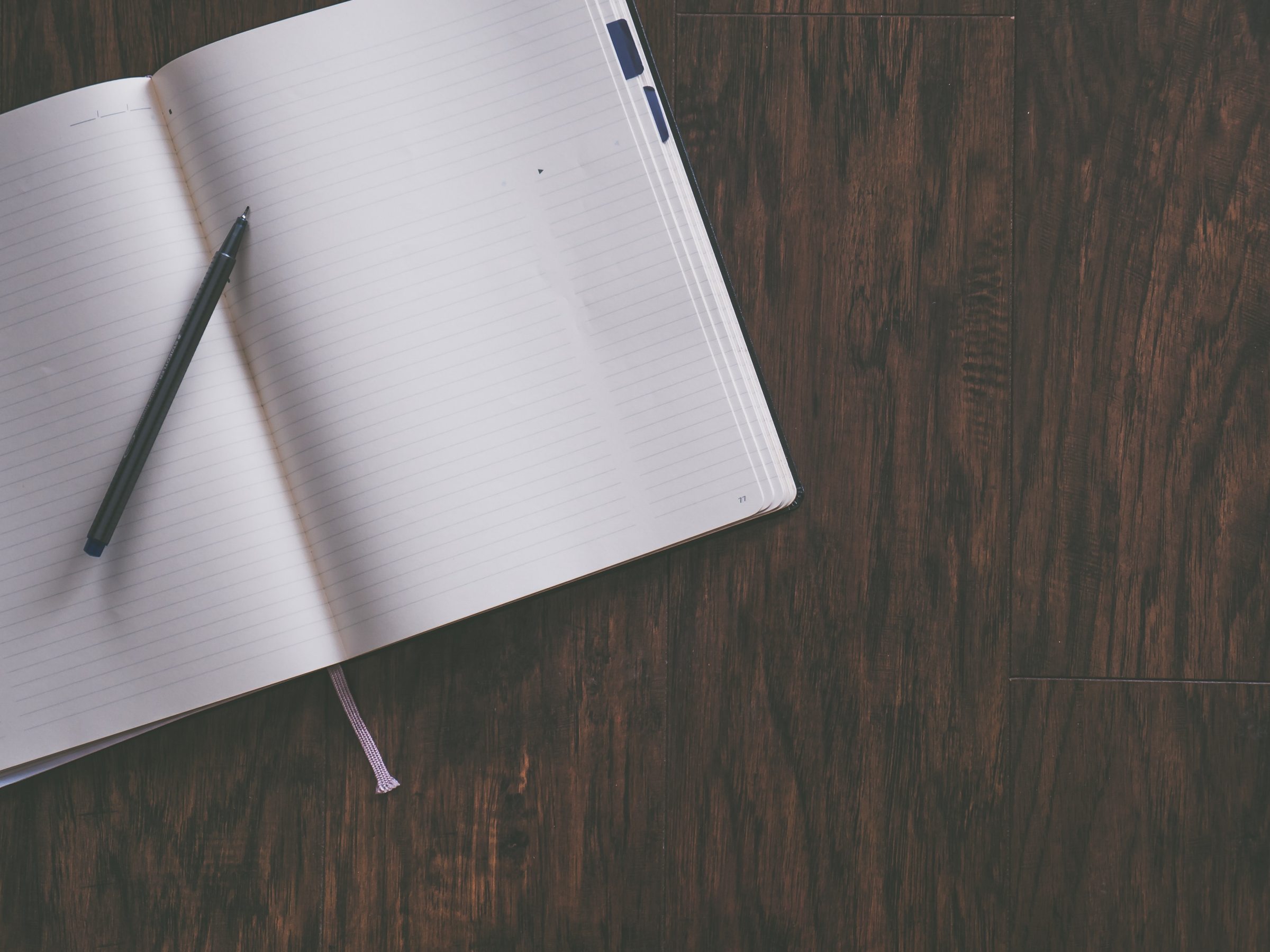 We’re still in the start of the New Year in the longest fucking month in the history of ever. I swear folks, it feels like January is never going to end. And since we’re still here at the beginning of things, this post is going to be related to resolutions and new projects. There’s a lot to be said about both and though many of you have your own thoughts about these things, I figured for those of you that are wondering, I’m going to put my foot in the door and talk as long as you’ll read.

The first thing that I suggest we consider is the idea of the writing journal. There are numerous people out there, myself included, that carry around a notebook to write down ideas for later use. And this is good. This is something that I suggest everyone do. I would also suggest it is small enough to fit in a pocket as many of us are caught with inspiration at the weirdest of times. Right now, I’ve got a full-sized notebook and I’m happy with it because most of the time I’m teaching college English, so there’s no room for me to pause, tell everyone to shut up and I hate them, and then write something down.

I do tell them I hate them. It feels good.

I don’t want you to buy another journal until you’ve filled up the last one. There are numerous people that buy writing journals because they want them so bad, write about ten pages in them and quit. I’m going to suggest that you don’t do that anymore. Focus on one journal at a time until it is full. Label it, mark the pages, do whatever you need to do to keep it organized, but do not buy another journal, no matter the excuse.

The reason being is that I had, at one time, six journals that I was writing in. I had one for every type of writing as well as an idea journal. And at the time, I thought that was really neat, and to some of you, that’s how you work, so continue to do that. What I found though, was that by having so many going at one time, I felt as if I’d never fill one up.

If you haven’t ever filled up a journal from cover to cover, I suggest you do it sometime. It is one of the most accomplished feelings I’ve ever had. Although it was all for personal use or had some garbage written in it, it was still finished and shelved.

So the first step in this would be to determine if you really want to keep a journal. Sometimes we do things because we are told to do them not because we need to do it. There are some writers out there that can just file their ideas in their amazing heads and move on. But with three children I find it hard to keep on track. So I need one.

The second thing goes along with this, and that’s the idea of starting new projects. I know that most of you have projects going on right now in different stages. And I think, once before, I’ve talked about knowing when a project is dead. So let’s say that your ideas are healthy and everything seems to be going well. That’s awesome! Keep it up. I have the problem of running a bunch of ideas at one time and again, like the journals, I find that nothing will ever be finished. So I would suggest that you again, think about working on one project at a time and making the other projects impossible to access until you’re finished with the current. I’ve managed this once and it turned out wonderful.

So as we start the New Year, focus on simplifying your workspace and work. Remember that we do better when we focus on a single task at a time. Even though we hate it. Try it out. Start now. I know January seems almost over, but I’m sure we’ve got another six fucking weeks of this left.

← Music & Writing- the lover’s quarrel
Delays, Self Reflection, and Editing →